The songs of Ganga

Gnawan people in the southern Draa Valley trace their ancestry back to southwestern Algeria and northern Mali as recently as two generations ago, as well as Sub-Saharan Africa from as far back as several centuries ago. The Ganga music they perform is an adaption of slave music performed by their ancestors, a reflection on the conditions of slavery through the lyrics, instrumental soundscapes, and dance that accompanies the musical performance. Ganga musicians tell stories – of suffering or of redemption or of submission to God – through their lyrics – “They brought us from Sudan” – through their instruments – the metallic krakech imitate the sound of chains used to enslave Gnawan ancestors – and through their dance – the Ganga musicians reenact everything from forced migration to the granting of their freedom. Ganga music at its heart is a reclamation of an identity that was once taken away.

Gnawan people historically were brought into Morocco from all corners of Africa over the course of several centuries, and Gnawan people in the urban hubs of Marrakech and Essaouira differ ethnically and culturally from those in the southern Draa Valley. The Arab and Amazigh nomadic tribal groups that have since settled throughout the Fzouata, Ktawa and M’hamid oases brought with them slaves from nearby Saharan countries, who have since been granted their freedom and populated throughout the southern Draa Valley. The Moussem honoring Sidi Muhammad bin Nasir in Tamegroute celebrates Gnawan and Ganga culture annually.

Map of the Fezouata Oasis 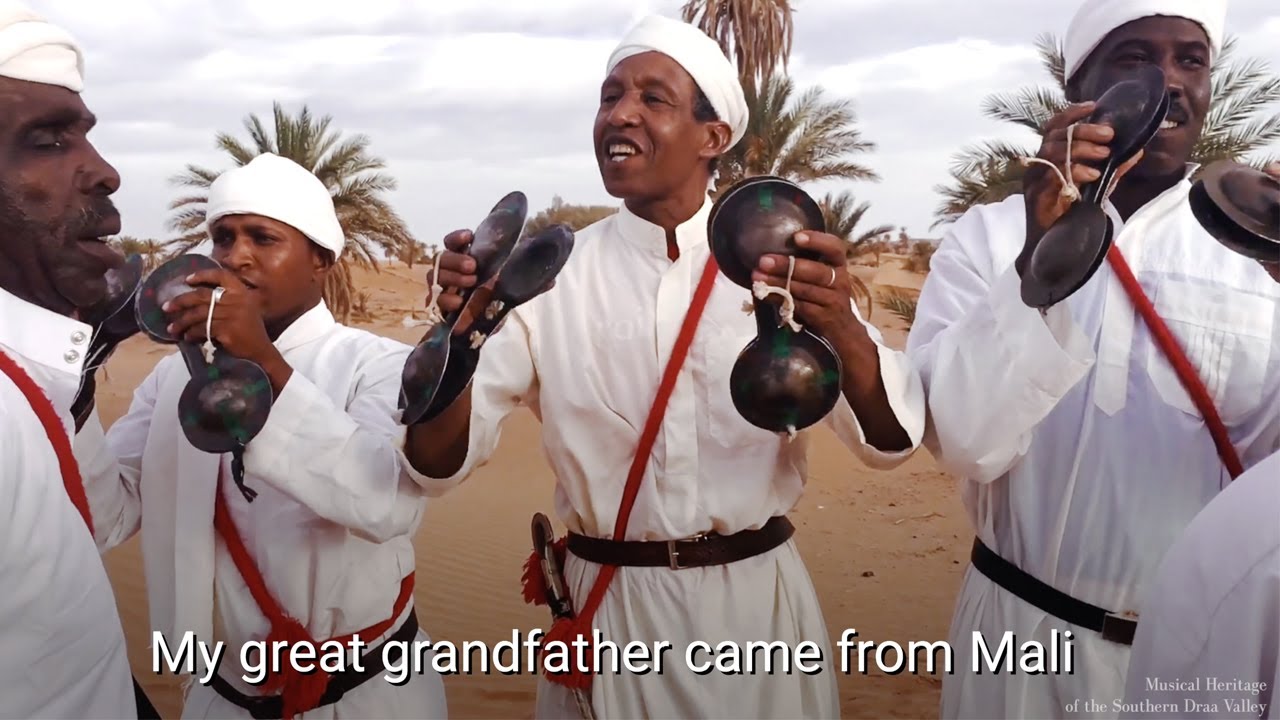 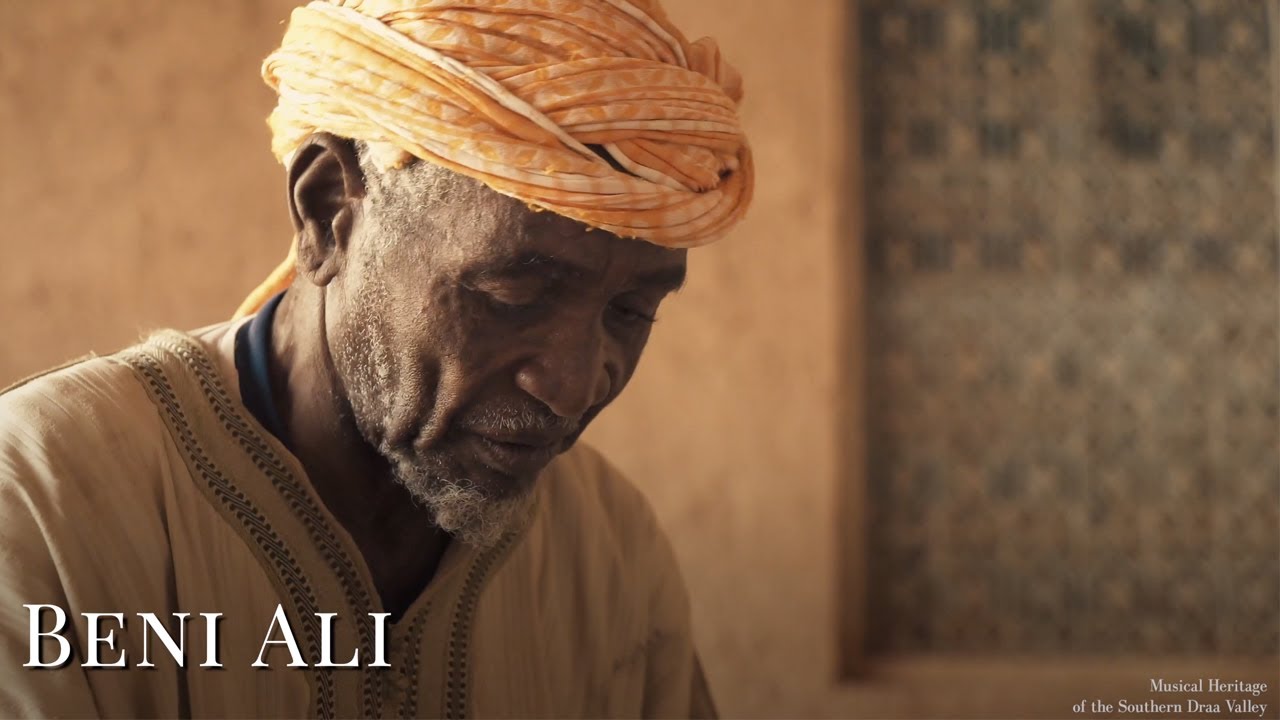 A video is being shown 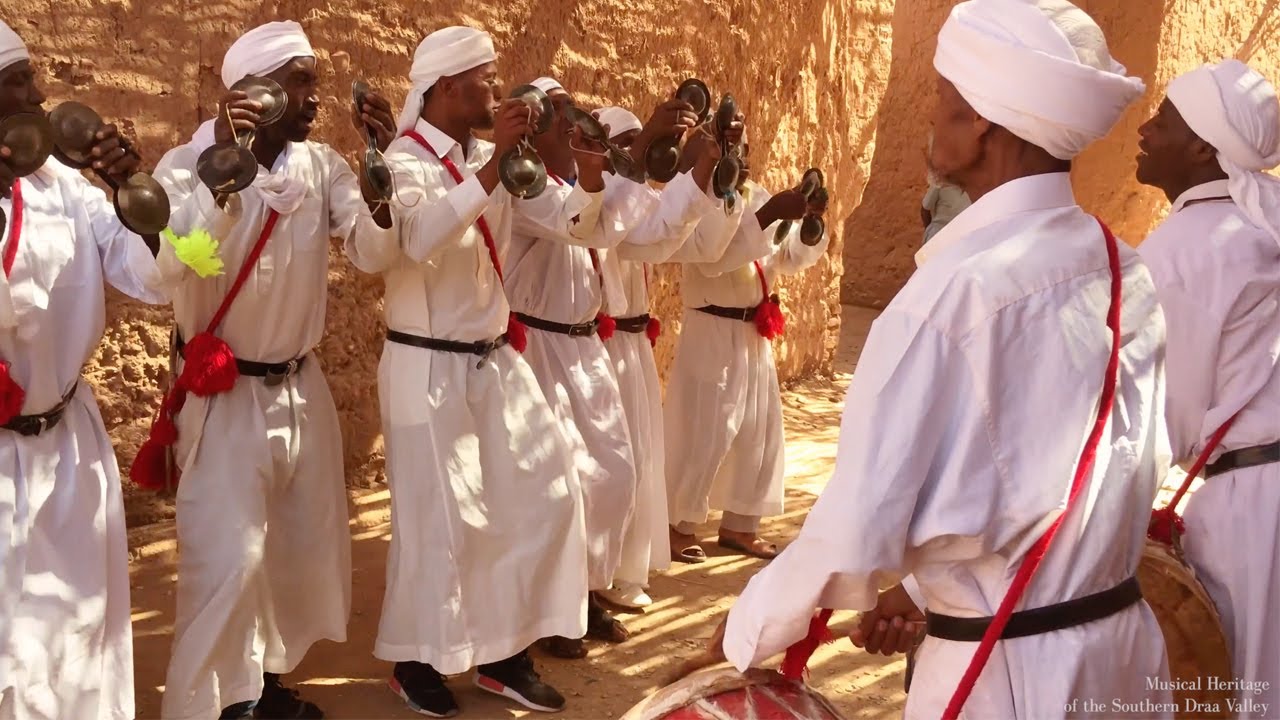 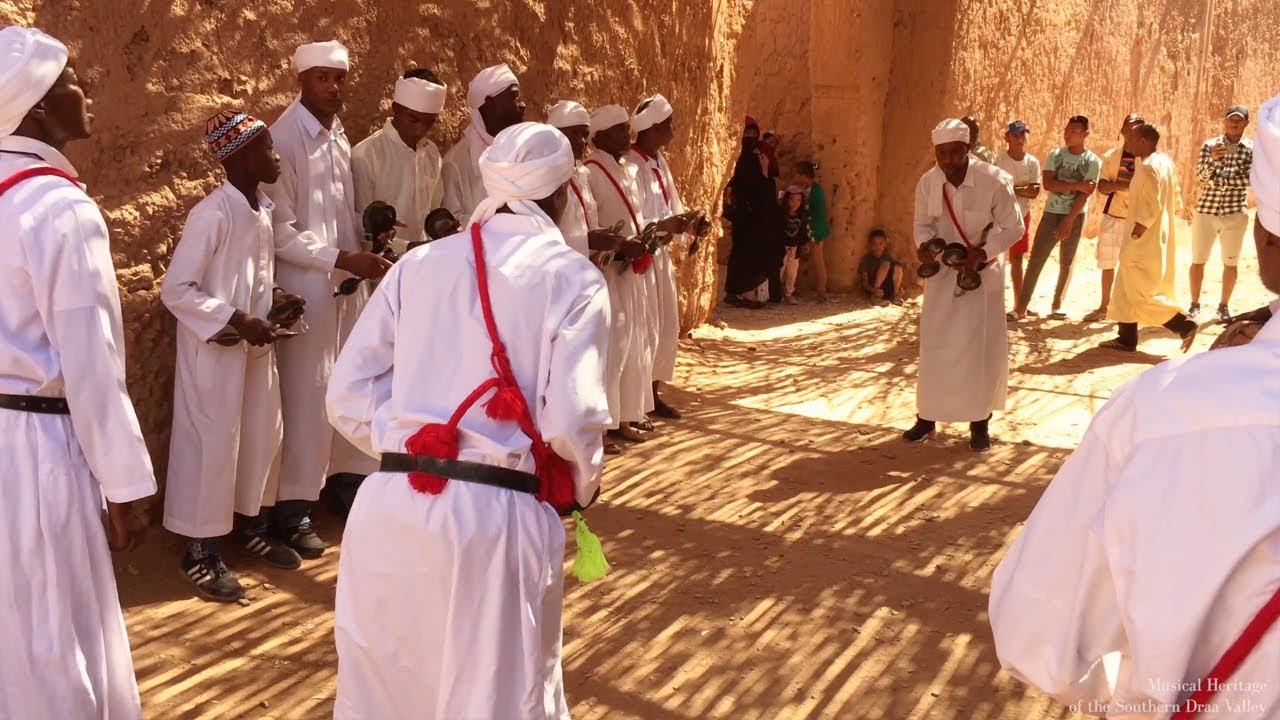 The spaces where Ganga music is performed traditionally have changed as time and history have changed the circumstances of the Gnawan people. Ganga music is born from music that was performed by Gnawan slaves, as recently as two generations ago. Traditionally, it is performed in open spaces, whether in fields or out in the sand dunes. However, Gnawan people have moved into the town centers of Tagounite and Tamegroute, as well as the the villages (ksour) surrounding these centers. Ksar Timtig outside of Tamegroute in the Fezouata Oasis is a predominant ksar where Gnawan people live, and every year they host a Gnawan celebration during the Moussam Al Boukhari in Tamegroute.